Featured Author of the Month: 'Ted Dekker' The Sanctuary

Featured Author of the Month: 'Ted Dekker' The Sanctuary 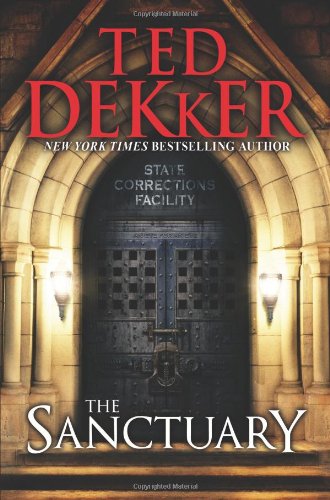 The Sanctuary [Hardcover]
by: Ted Dekker

Dekker’s novels have sold over 5 million copies worldwide. Two of his novels, Thr3e and House, have been made into movies with more in production. Dekker resides in Austin, Texas with his wife Lee Ann and two of their daughters.

THE SANCTUARY is the gripping story of vigilante priest, Danny Hansen, who is now serving a fifty year prison term in California for the murder of two abusive men. Filled with remorse, Danny is determined to live out his days by a code of non-violence and maneuvers deftly within a ruthless prison system.

But when Renee Gilmore, the woman he loves, receives a box containing a bloody finger and draconian demands from a mysterious enemy on the outside, Danny must find a way to escape.

They are both drawn into a terrifying game of life and death. If Renee fails, the priest will die; if Danny fails, Renee will die. And the body count will not stop at two.

THE SANCTUARY is Ted Dekker at his best, a powerful thriller that relentlessly plumbs the depths of punishment and rehabilitation, both in a flawed corrections system and in the human heart.

About the Author:
Ted Dekker (born October 24, 1962) is a New York Times best-selling author of more than twenty novels. He is best known for stories which could be broadly described as suspense thrillers with major twists and unforgettable characters, though he has also made a name for himself among fantasy fans.