Featured Author of the Month: 'Neil Gaiman' The Ocean at the End of the Lane

Featured Author of the Month: 'Neil Gaiman' The Ocean at the End of the Lane 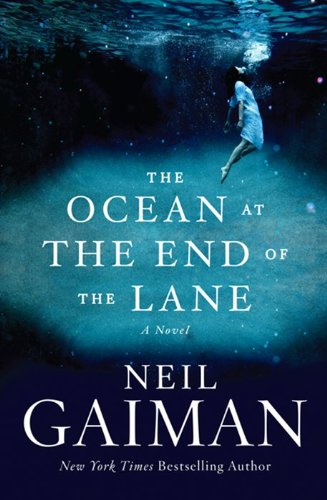 The Ocean at the End of the Lane: A Novel
by: Neil Gaiman

A brilliantly imaginative and poignant fairy tale from the modern master of wonder and terror, The Ocean at the End of the Lane is Neil Gaiman’s first new novel for adults since his #1 New York Times bestseller Anansi Boys.

This bewitching and harrowing tale of mystery and survival, and memory and magic, makes the impossible all too real...

An Amazon Best Book of the Month, June 2013: Neil Gaiman's intent was simple: to write a short story. What he ended up with instead was The Ocean at the of the Lane--his first adult novel since Anansi Boys came out in 2005, and a narrative so thoughtful and thrilling that it's as difficult to stop reading as it was for Gaiman to stop writing. Forty years ago, our narrator, who was then a seven-year-old boy, unwittingly discovered a neighboring family’s supernatural secret. What happens next is an imaginative romp through otherwordly adventure that could only come from Gaiman's magical mind. Childhood innocence is tested and transcended as we see what getting between ancient, mystic forces can cost, as well as what can be gained from the power of true friendship. The result is a captivating tale that is equal parts sweet, sad, and spooky. --Robin A. Rothman

I make things up and write them down. Which takes us from comics (like SANDMAN) to novels (like ANANSI BOYS and AMERICAN GODS) to short stories (some are collected in SMOKE AND MIRRORS) and to occasionally movies (like Dave McKean's MIRRORMASK or the NEVERWHERE TV series, or my own short film A SHORT FILM ABOUT JOHN BOLTON).

In my spare time I read and sleep and eat and try to keep the blog at http://www.neilgaiman.com more or less up to date.

More in this category: Featured Author of the Month: 'Helene Wecker' The Golem and the Jinni »
back to top